How the Morris Minor was born 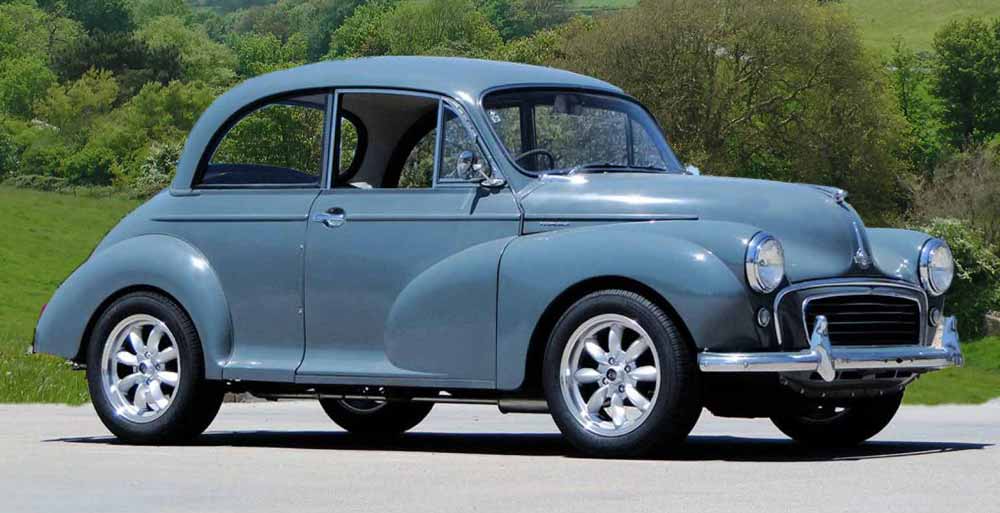 During World War II building cars for civilian use was banned and all effort was supposed to be put into winning the war. It was perhaps a little dodgy for the chairman of Morris Motors, Miles Thomas, to put too much energy into designing a car for sale when the war was over. However he commissioned a promising young English/Greek designer, called Alex Issigonis, to design a new small family car but this had to be kept secret; not only from the government but also from the founder of Morris, William Morris, who was then Lord Nuffield.

Issigonis set out to design a car that was not only roomy and comfortable, but that was affordable as well. This car was codenamed the Mosquito.

What he designed was a sensible car that had excellent roadholding and steering and reasonable power, with no pretension whatsoever to sports car performance. He had concluded that this what the public would want to buy after the war, when austerity was expected.

A prototype was built and as expected Lord Nuffield hated it. He didn't particularly like Issigonis either, which didn't help. He described it as looking like a poached egg; some think he may have regretted this later on when the car became the first one made in Britain to pass the one million sales mark.

What he did insist on was that a very carefully designed engine that would have given it a reasonable performance was scrapped and an existing obsolete engine from the old Morris Eight was substituted; this made the car underpowered with a maximum speed of just 60 mph, and virtually destroyed it's chances of selling well in the important American export market. This infuriated Miles Thomas who resigned from the company.

The British public, on the other hand, loved it under it's new name of Morris Minor. It was reliable and virtually rustproof; evidence of this can be seen in the fact that it has been estimated that over 60,000 Morris Minors are still on the road in Britain. it was an easy car to drive with no inherent vices and most importantly it was economical during a period of austerity.

Initially launched as a two-door tourer and a two-door saloon, the range was added to later with a four-door saloon as well as the unusual Traveller, with it's distinctive wooden panelling! Various changes were made to the engine and bodywork over the years but the car in it's various incarnations stayed in production right until up 1972 when it was finally replaced by the Morris Marina.

Plentiful spares for the car are still available even yet and there is even a company in Sri Lanka still manufacturing body parts for it.